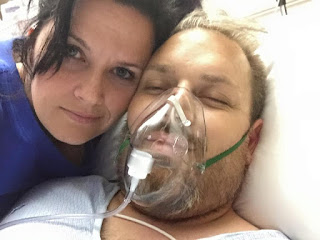 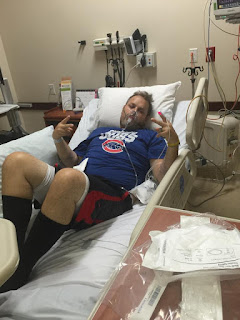 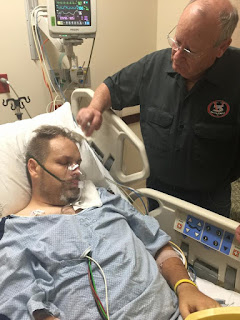 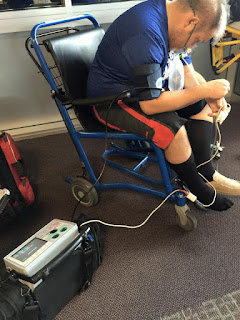 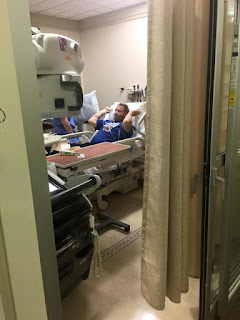 Well to say the last 24 hours has been a roller coaster would be a SEVERE understatement.
Ready for your ticket to the Bauer crazy train?!
We flew home early because after the Cubs game he was running a fever and I couldn't keep his oxygen levels above 85 with the air cranked up full blast.
I found some miracle priced tickets through Southwest this morning (only $54 per person from Chicago to SLC) and knew that was what I was praying for.
It was such a horrible three hour plane ride. His oxygen was up full blast and I couldn't keep it above 85 with it lingering in the 70's (your oxygen saturation number should be 90 or higher) I was a stress case. He was sitting their lethargic as I kept prodding him
"Please baby take a deep breath. Come on -wake up and breathe!"
He needed to go to the bathroom so I got out of the seat and walked behind him as I watched to my horror his legs giving out and him falling repeatedly in the aisle while me and a manly stranger helped support him to the bathroom.
Then I had to go INTO the bathroom with him while holding the gigantic air machine. Definitely NOT the way I pictured I'd be helping Clint undo his pants in an airplane bathroom😉.
We got back to our seats with some help of great flight attendants and awesome strangers.
When we finally sat back down I just sat there and watched the number on the pulse -oxsimider(?) (a finger clamp thingy that tells you how much air you are getting) plunge back to the 70's. I just sat there and cried...
What else could go wrong?....right?
Since his air tanks were full blast I ran out of BOTH batteries with 1/2 hour still left in the flight. With no air he was dipping in the 40's and I had to have the attendants declare an emergency and administer their onboard oxygen.
As soon as we landed the EMTs were on the plane to wheel him out.
At the Huntsman ER they immediately admitted him to the ICU
While asking me after the X-rays
"Since his disease is so progressed do you want us to revive him or use a breathing tube?"
As I sat there looking like she had slapped me in the face as I immediately replied
"YES!"
When Clint came around they asked him the same question and all we could do was sit there and cry...
They think he might have advanced disease progression or in my opinion I think it's pneumonia again. They gave him a CT scan and will find out more results tomorrow
So now here I am sitting in the ICU still wearing my Cubs sweatshirt from last nights game thinking how grateful I am that I made it to our home away from home that's taking such good care of him.
(And I'm ready to sleep for a week)
Posted by Clint The Cancer Warrior Family at 4:52 PM