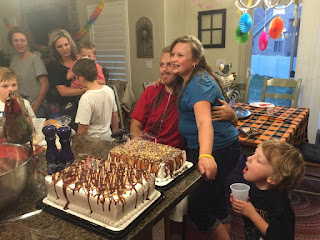 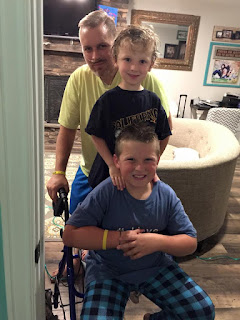 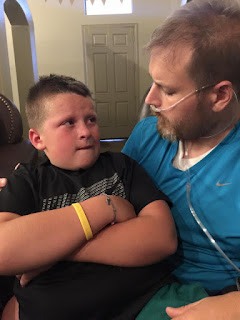 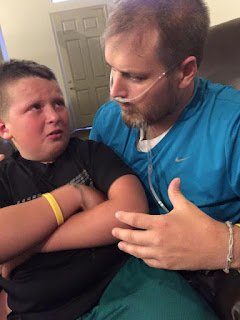 Neiska's birthday ended great yesterday!
Clint's nurse came today and he's doing better. His heart rate isn't as high which means his body's not as tired. His lungs sounded better and his oxygen moved down from needing 7 liters to needing 5. So good!!
I kept the kids home from school this week and they have sure been his little helpers. I hear Clint yell:
"Toot toot it's time for the Bauer train to leave the station!"
Then he grabs his walker and pushes them on it around the house. (That's probably not what the doctor would order but whose gonna tell them!?)
He's been talking to the kids and telling them he will know when Heavenly Father needs him and not to worry that it's not today.
He sure is one amazing man😍😍😍
Posted by Clint The Cancer Warrior Family at 5:19 PM