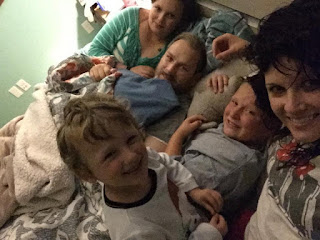 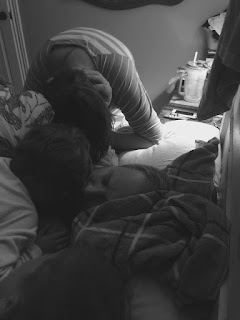 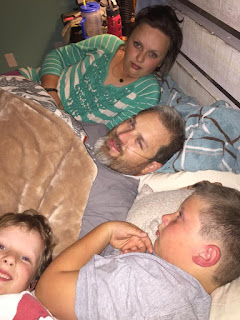 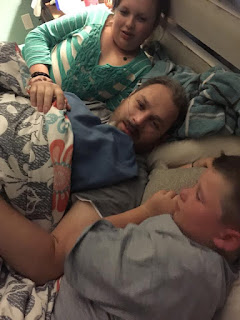 The Warrior has returned home
It's been emotionally traumatic for us all. I laid by Gunner and he told me he was a little embarrassed because he cried every day at school this week. He said it was like an emergency when we left and then we were gone all week and it was hard.
Clint has a spinal headache and has been crying the last couple of days. Today I asked him besides the obvious reasons was there something else making him cry and he said that he didn't know why. I told him it was because his bodies drained and ready for a break. We have been in and out of surgeries since November he's had 5 surgeries. That's 5 surgeries in a little over 6 months. Not even enough time to recoup and recover from even half that amount.
He has one more ablation surgery next week And then hopefully we will all have a break for awhile.
Clint was crying when all the kids climbed on the bed telling them through sobs that this is what he's missed and needed this week.....his family. We all laid by him and everyone (including our two dogs) took a nap together.
So grateful to be home.....
Posted by Clint The Cancer Warrior Family at 2:08 PM