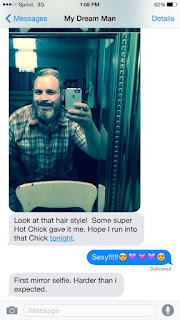 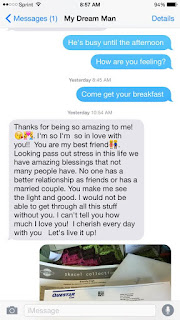 Despite the smoking hot smile you see in the mirror this week has been difficult. (Darn that seems to be the intro for most of our recent posts)
Clint is recovering from pneumonia a lot slower than he wants and his body is trying to cope and recover from having 5 surgeries since January.
He had a rough couple nights and I talked to the nurse Tuesday and she said that unfortunately this pattern could be his new 'normal'.
She went on to say that with the cancer now progressing in his lungs it will make him more susceptible to catching infection and harder for him to fight it off. And that having continuous oxygen might be what his body will need.
As I broke the news to Clint I could see the despair creep in.... He then ran Neiska to the orthodontist and when he came back Neiska told me that Daddy was crying and told her the news and for her not to tell her brothers.
He later asked me with frustrated tears in his eyes 'Do you think they have some type of oxygen you can swim with?' (Swimming is the ONE thing Clint has left to be able to do for cardio exercise and he really enjoys it but since he's been in and out of surgeries since November he hasn't been able to swim and after his pneumonia cleared up he was cleared to start back up again)
I immediately realized I hadn't even thought of that....
I told him that just because she said he might be on permanent oxygen doesn't mean he WILL be and to give himself a break and his body a chance to bounce back from the recent trauma it's been through.
And if he did need continuous oxygen it would be okay we would make it work .....He then nodded as he digested what I was saying. Then I hugged him forever and we escaped to the movie theaters and left our problems in the car.
Next week (June 7th) is our 13th anniversary. I know our life is far from perfect but I'm so grateful for the amazing example of a man and father my children have forever .... He truly is one of Gods best and I'm honored to be his wife and girlfriend 😉
Now here's hoping the chemo trial
Posted by Clint The Cancer Warrior Family at 2:28 PM